At its 205th annual meeting, the 2000-plus members of the Vermont Medical Society (VMS) passed a resolution opposing the commercialization of non-medical marijuana in Vermont. Smart Approaches to Marijuana–Vermont applauds the resolution, which cites the “decades of litigation regarding tobacco control efforts” and the “safety risks and negative health impact of marijuana on the health of children, adolescents and families” among its reasons for opposition.

First and foremost, the VMS resolution describes how a commercialized retail system puts profit over public health, quoting senate finance committee testimony by Beau Kilmer of the RAND Corporation: “Daily and near daily users account for 80% of all the marijuana expenditures. For-profit companies can be expected to focus on creating and maintaining these heavy users; dependence is good for the bottom line.” And, “Our free speech doctrine makes it very hard to restrict advertising and marketing.”

Industries that sell addictive substances do not make a profit on moderate users, so they have to increase the number of heavy users. That is already playing out for marijuana. The recent National Survey of Drug Use and Health (NSDUH) found that over one-quarter of current marijuana users report symptoms of cannabis use disorder – what we used to call “abuse, dependence, and addiction” – a rate that now exceeds the rate for alcohol use disorder.

In addition, the NSDUH found that use rates in the states that have commercialized non-medical marijuana have gone up steeply in all age groups, particularly the vulnerable 18-25-year-olds, but also for younger teens. In the states that have not legalized marijuana, the rates for youth have actually gone down.

Another factor that can’t be overlooked is the high potency of today’s marijuana, which climbed slowly from 1.5% THC in the 1960s to 8% in 2012 and then jumped to over 20% in just five years in the states with legalized marijuana. This is exactly what happened with tobacco in the 1920s, as the tobacco industry raised nicotine levels in the tobacco plant in order to addict more customers.

In 2018, Dr. Tom Freeman and his colleagues at King’s College London showed that higher THC potencies increase the likelihood of addiction. They found that, as potency rates rose from 12% to 20% THC in Holland (where the first high potency strains were developed), the number of people seeking addiction treatment went up steadily in step with potency. Freedman et al had already shown that the severity of marijuana addiction increased with potency.

Finally, there is the fact that the black market is still going strong in the states with commercialized non-medical marijuana, even though marijuana prices are the lowest they have ever been. The only way to undersell the black market would be to reduce marijuana taxes, thus reducing revenue to the state.

These are some of the reasons why commercialized marijuana, as with alcohol and tobacco, can never pay for itself. In fact, it will create an ever-growing budget deficit year after year.

On top of the costs of administering the system and enforcing its regulations, there are the costs of running prevention and educational programs that will keep young people from using marijuana in the first place. This will reduce harms but also reduce tax revenues. And what are the costs to treat marijuana’s harms?

Once established, marijuana addiction can be as hard to break as nicotine addiction. According to the 2017 report by the National Academies of Sciences, Engineering, and Medicine, and a score of studies that have been published since, marijuana can also cause psychosis, schizophrenia, increased mania in bipolar sufferers, increased severity of social anxiety disorder, and increased suicidality.

These mental health issues are all expensive conditions to treat. Looking at the increase in use rates projected by the 2015 RAND report for Vermont, Dr. Christine Miller of Johns Hopkins estimated that the cost for treating new schizophrenia cases alone would be $4.9 to $11.1 million each year. Most families could not afford to cover these expense, so the debt would fall on the state.

In three cost/benefit analyses – for Rhode Island, Connecticut, and Illinois – Smart Approaches to Marijuana calculated very large shortfalls – ranging from 25% to 118% – even though they were not able to calculate all of the costs related to increased rates of psychosis and other health impacts.

The VMS resolution states that the society “is opposed to the creation of any system for retail sales of marijuana over and above what already exists for the sale of medical marijuana” and that it will collaborate with the Vermont Chapter of the American Academy of Pediatrics and Vermont Agency of Pediatrics “. . . to counter the climate that portrays marijuana as a benign drug.” The resolution also urges the governor and general assembly to come up with an accurate estimate of the actual effects and costs of legalization and commercial sales of non-medical marijuana in Vermont.

The VMS resolution is backed by solid, up-to-date research and data from the states that have already tried the commercial experiment with marijuana. It encourages Vermont to slow down and watch as the effects of our initial legalization experiment unfold, rather than invite in a for-profit addiction-based industry that history has shown will be difficult and expensive to control and to clean up after – so much so that the state will lose more money than it can take in.

Smart Approaches to Marijuana – Vermont (SAM-VT) is a statewide coalition of Vermonters who believe that commercializing non-medical marijuana will harm the health, well-being, and economic future of Vermonters. Follow SAM-VT on Facebook, Twitter, or at sam-vt.org. 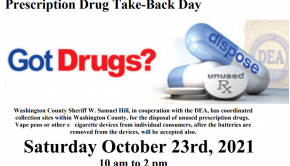 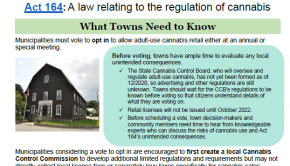 VOTERS NEED TO BE INFORMED ABOUT RETAIL CANNABIS →